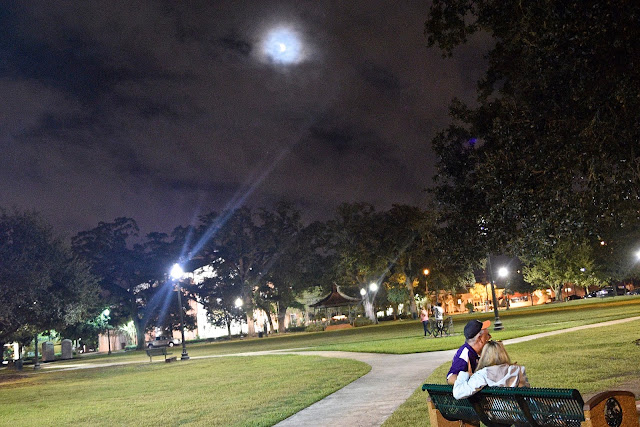 I know the eclipse was viewed in places other than "Only in Louisiana", but here is a glimpse from our little spot in the world! For those that weren't on eclipse alert, the moon was at the closet point to the earth on Sunday then it has been in the past thirty three years. This particular eclipse was called the "Blood Moon" because the earth would come between the moon and the earth, block out blue rays and this should appear to make the moon "red".  I had just settled down around 8:15 on Sunday night, was nice and comfy on my couch, when I remembered this event was starting! Gary and I quickly ran out to the park right across the
street from our house to catch it. The couple sharing a romantic evening
(bottom left of photo below) had a rude awakening! 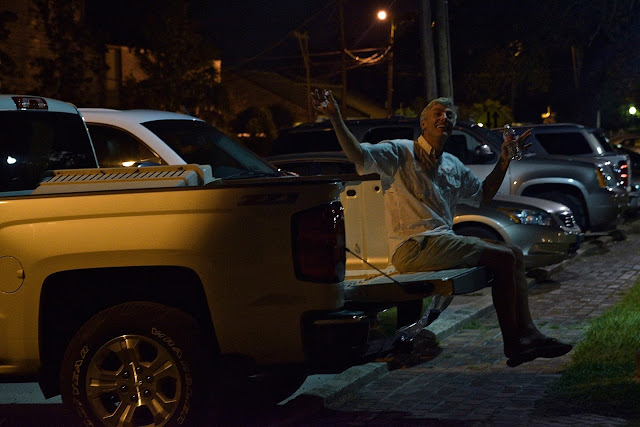 They knew nothing of this event, were not there to see the moon, and only had eyes for each other! Our cars are now being parked at the park, because (as you will see in photos to come) we are having major road construction around our house that has temporarily destroyed our driveway and parking along the side of our house.  Gary interrupted the lovebirds to ask if they knew whose truck this was (knowing full well it was his) and then said "Do you think the person who owns it would mind if I sit on the tailgate"? The couple shrugged their shoulders, and Gary proceeded to do just that! He then pushed the envelope even further, saying "Hey, there is a case of water here, would you like one? They politely declined to which Gary declared that he was going to drink one! This couple did not know quite what to say.... I was laughing so hard internally!
This is classic Gary humor! But on with the eclipse excitement.... 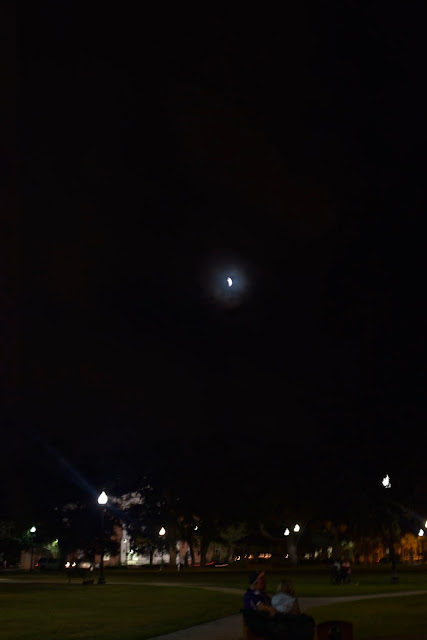 There is was! It seems like everytime in my life that I remember to view an eclipse, we have rain, clouds, smog, trees, you name it, that impedes my view and I leave disappointed. 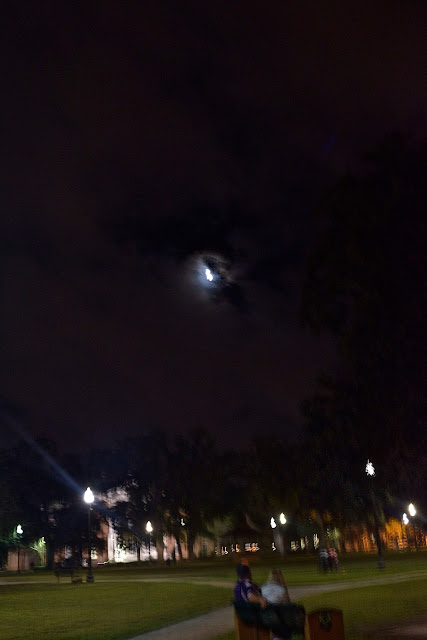 Even the lovebirds, who thought we were quite cuckoo stealing someone's truck and water, were getting into it. We ran inside to persuade Ellen out of her comfortable,
relaxing bath for this historical event! 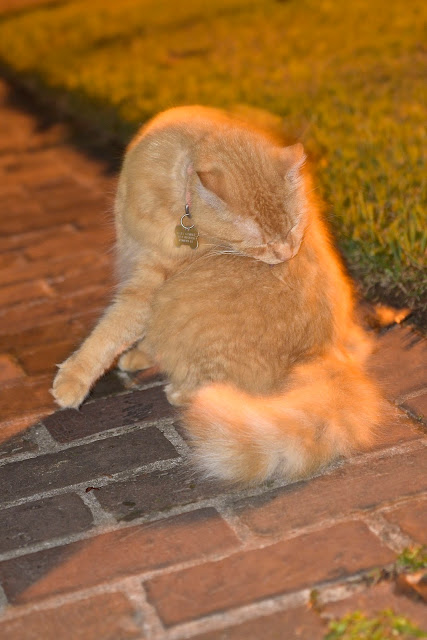 Our cat joined us, but was not impressed! 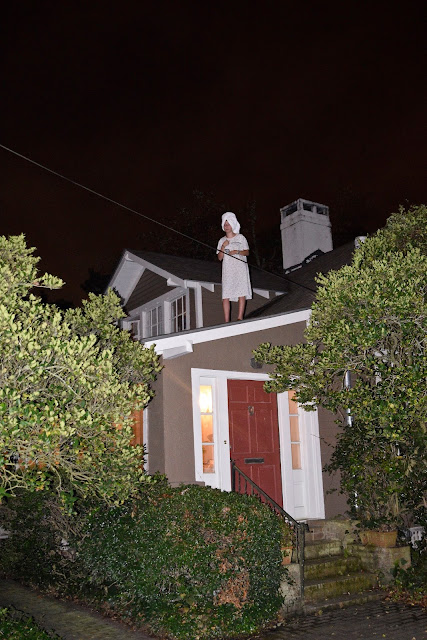 Ellen made it out of the bathtub at lightning speed,  appeared on the roof in full nightgown and turban regalia, and even used her iPhone "night sky app". In typical eclipse fashion, as soon as we were all in position to view this Sunday night excitement, the clouds moved in, the event was completely covered,
and we were left to use our imaginations to
visualize a huge, beautiful,  blood red moon! 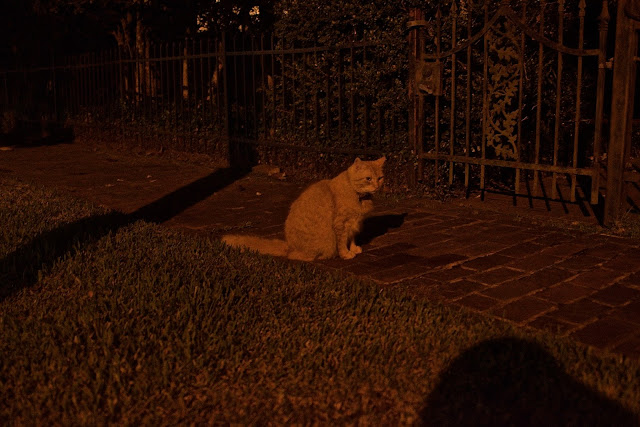 Everyone, except our cat, who was probably just wishing we would all come inside and feed her! 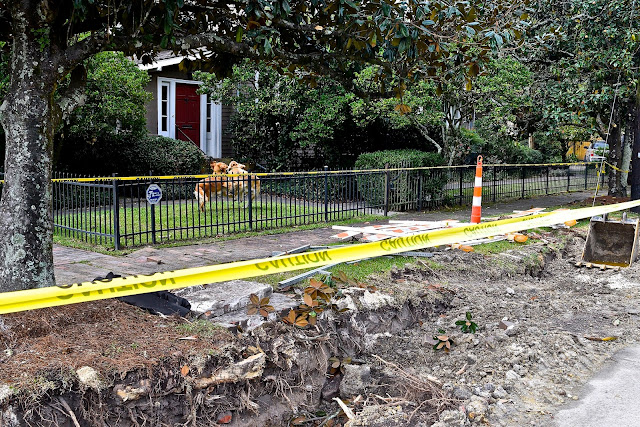 This is what is happening outside my front and back door....new drainage! Finally, I am feeling a direct benefit of all those taxes I pay every year. When frustration sets in, I pretend I am a queen, living in her castle surrounded by a moat. Unfortunately, they had to dig up the entire street's concrete driveways and side parking to accomplish this major construction project.  The good news is they are repairing it; resulting brand-new, pretty driveways and good drainage when the job is completed. It is not bothering our dogs one little bit...
they are having a ball playing in front yard,
while the workers are spoiling them rotten!

Posted by Only in Louisiana ~ documenting the adventures we call Life! at 1:22 PM