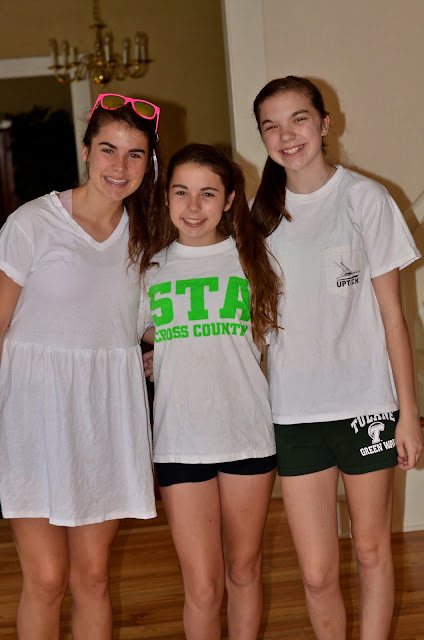 This is one of the most unusual races ever run...in my opinion.  You can either register to run a 5K or volunteer to throw "Color"! By that, I mean packets of
colored cornstarch...the organization switched to cornstarch in 2012 from flour in their effort to support gluten-free runners. You begin the race pristine - most runners wears white to  take full advantage of the rainbow of colors thrown upon them! Sara wore one of her home-made T-shirt dresses, while Ellen and her friend Rachel grabbed old T-shirts.  The organizers of the race wisely provide glasses to the runners to protect their eyes, and it makes for cute photos too! 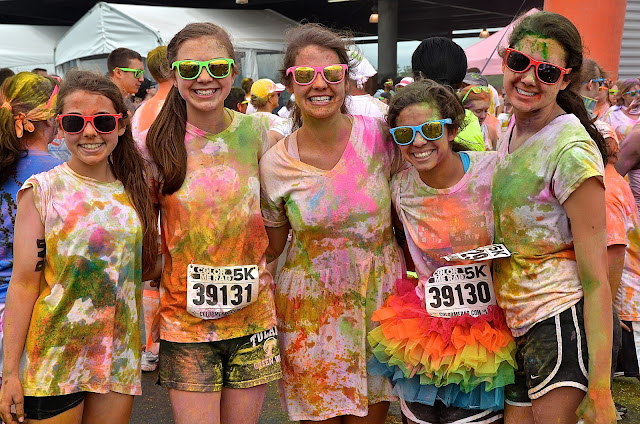 At the end of the race, you are a rainbow of colors! Various points of the race have volunteers with certain color packets.  Sara reported that as you were running you could see the
"cloud of color" well before you got there. 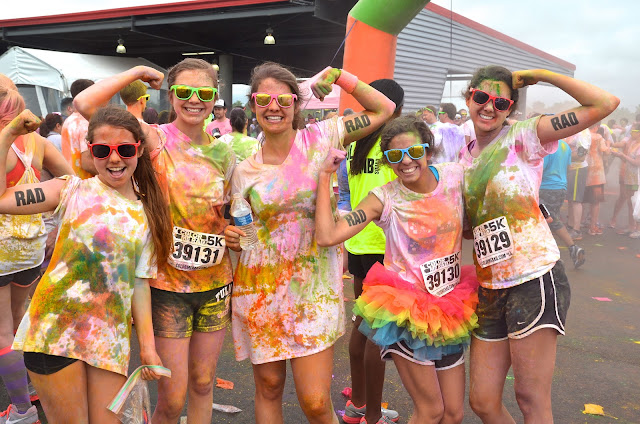 The race is named "Color me Rad" and here are the girls flexing their Rad muscles! 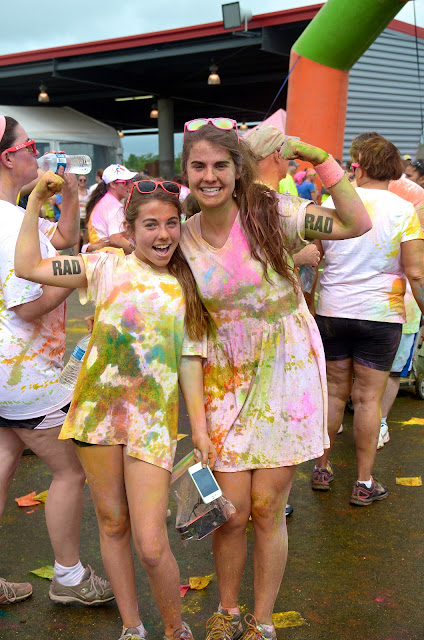 Although it is a three mile race, you obviously do not run this race for the exercise.
The girls said you would slow down through the color stations,
so one could take full advantage of the "Color bombs". 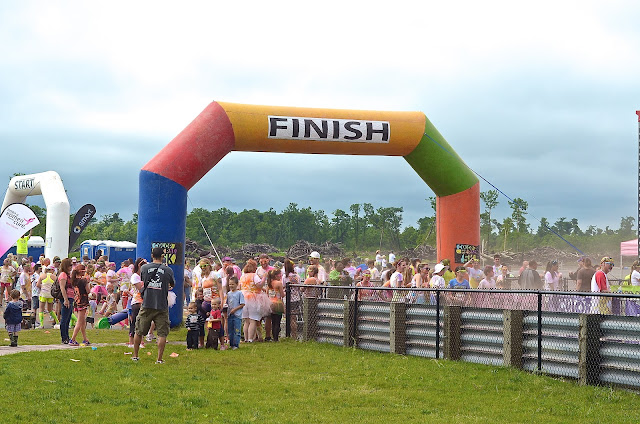 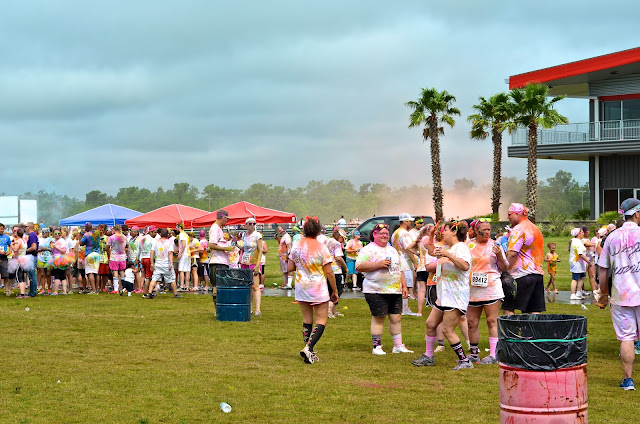 I was very worried about my camera, with all the "color" in the air.  I would keep it under my shirt, whip it out quickly for a photo and return it to it's safe spot.  Had I known in advance how "colorful" this was going to be, I would have been better prepared with a plastic bag wrapped around it.  My system worked, and my camera came out
unscathed remaining nice and  "black". 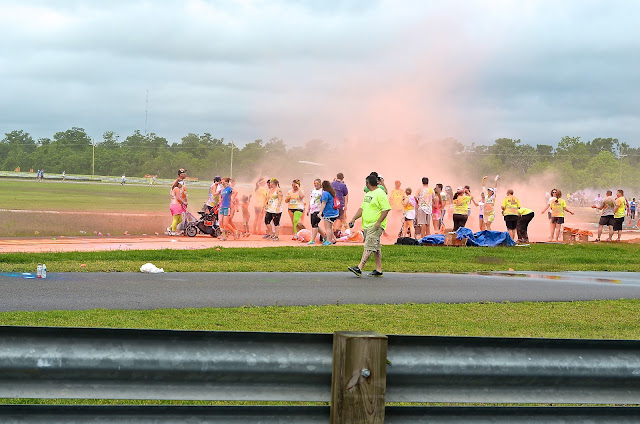 Even if we had made it in time to see the girls cross the finish line, I don't think I would have been brave enough to get any closer than this... 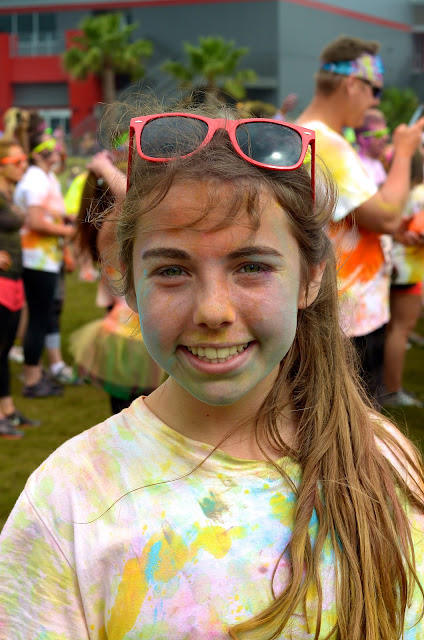 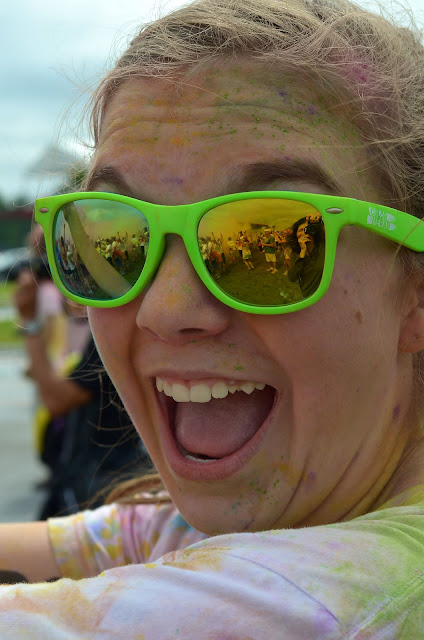 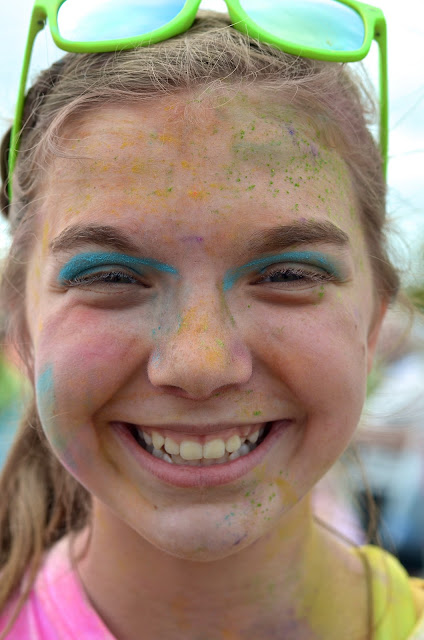 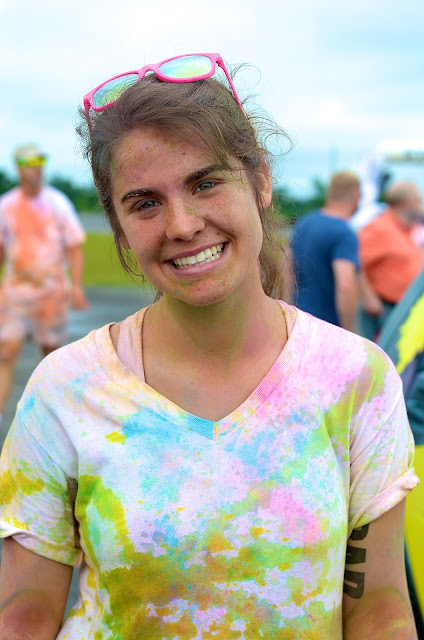 Colorful Sara - and her dress is going to be a nice keepsake! 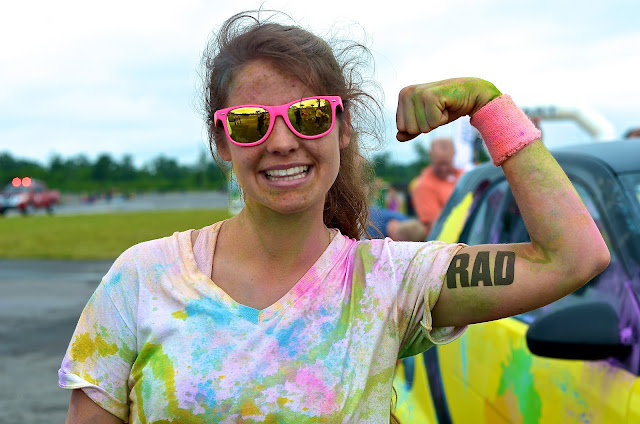 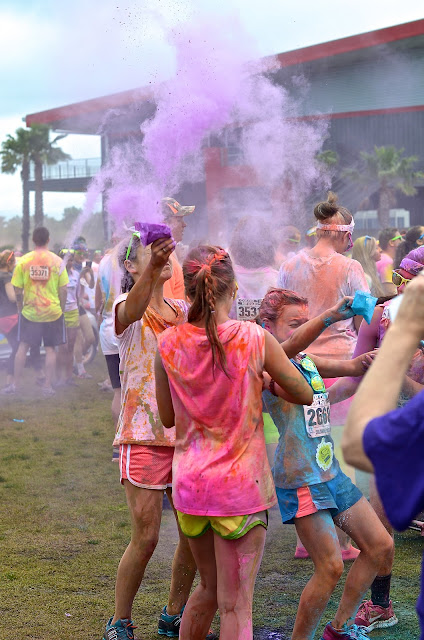 The fun continues after the race...they give all the runners "color bombs",
so color is flying everywhere. 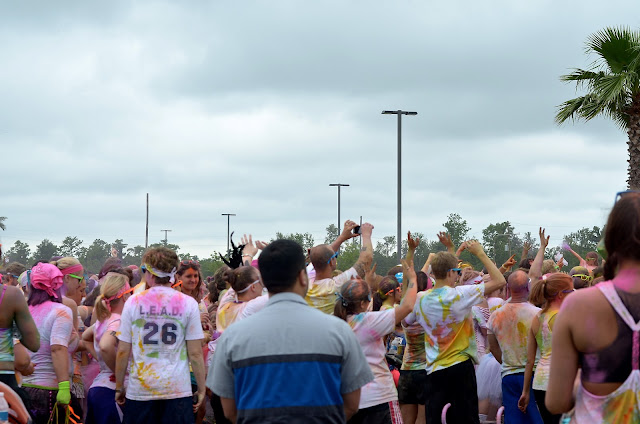 This was a really neat display...the radio announcers threw the color bombs to the crowd,
but instructed them to hold them until they told them to "throw". 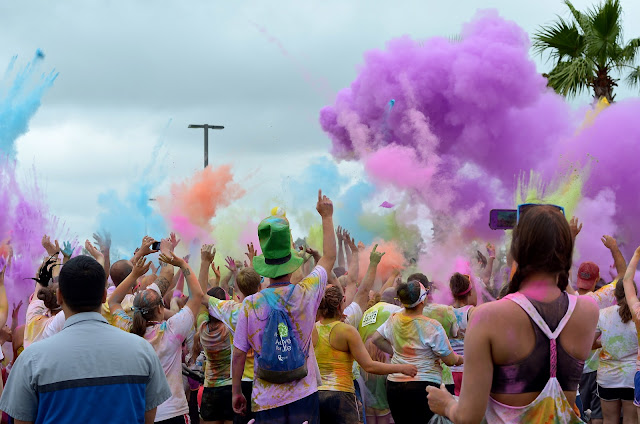 They counted down from 10 to 0 and then everyone
simultaneously exploded the color bombs! 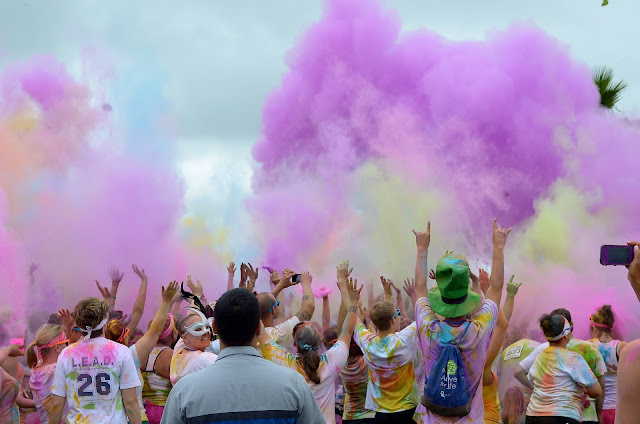 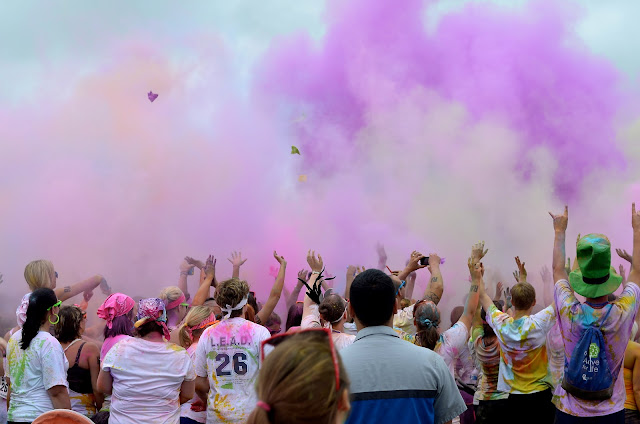 Told you this was a most unusual race. It is held around the country so look for it in your area,
that is if you are a brave soul.  Not like my husband and myself,
we were happy spectators! 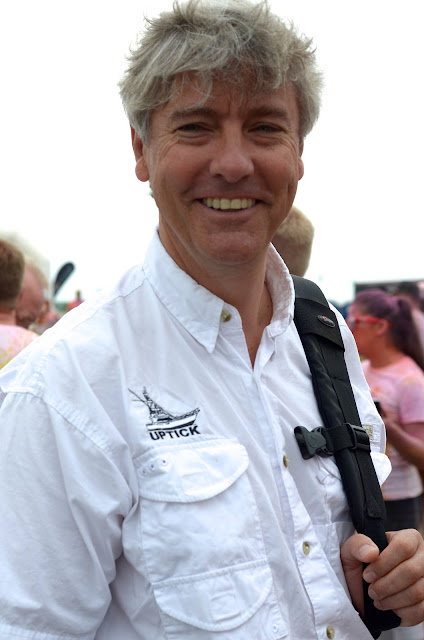 In fact, he wore white, and this is what he looked like after the race, despite
color bombs exploding all around us!
Hope you have a "Colorful" week!!!! If you have any unusual race experiences, please comment and share!

Also - for anyone interested in following Elizabeth on her travels
through South Africa - here is the link again...
Sawubona South Africa Blog
Posted by Only in Louisiana ~ documenting the adventures we call Life! at 9:50 AM