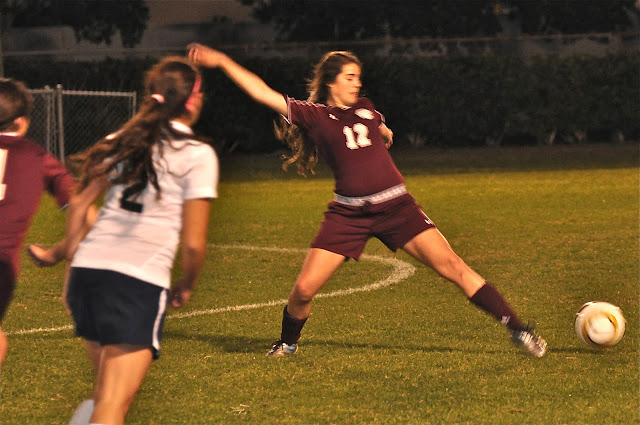 Our Soccer season ended last night; we were in the second round of playoffs and lost to a very good team...it was a disappointment, but considering that we barely won a game last year ~ I was extremely pleased with this year's performance. The only two games we lost in our district were lost in double overtime - 0 to 0 and they had to go to penalty kicks to determine the winner.  (I know this means nothing to non-soccer players ~ so just know that we did WELL!) 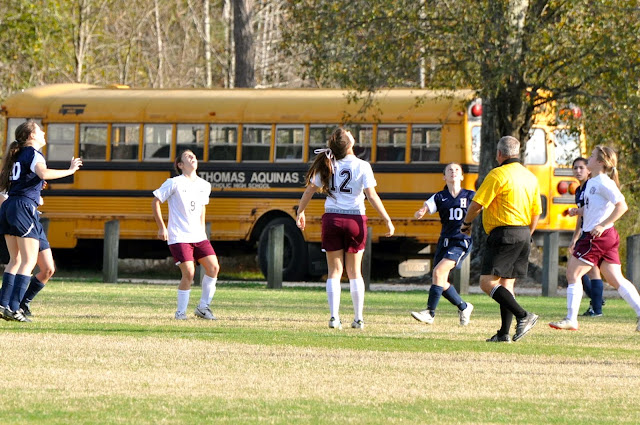 If I had to name Sara'circumstances beyond thier control,, the team had a terrible season last year despite the girls playing their hearts out...fortunately, the school stepped up to the plate and replaced the coach ( not easy to do in a small school, when the coach teaches at the school) and we started this new season with nowhere to go but up, but with little expectations....not that we didn't believe in the girls and they didn't believe in themselves, but after the rough year they experienced last year...we were taking a "wait and see attitude". 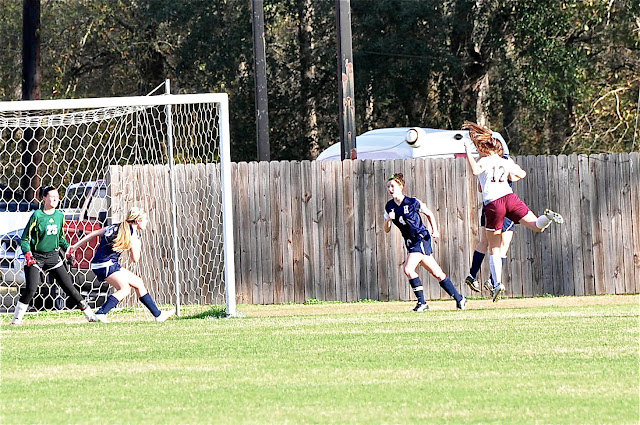 It is always nice to be pleasantly surprised!  We won the first game, then the second...the girls really LIKED their new coach and they RESPECTED him ~ it was actually fun for them to go to practice again and fun to go to the games... 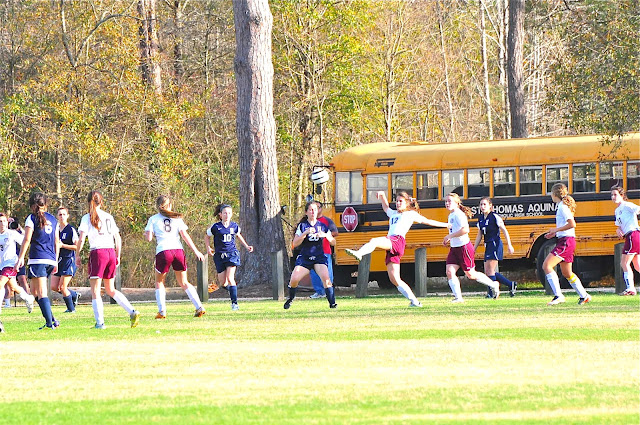 Sara is a very physical player and the photos I get are quite comical!  This is her "karate kid" kick! Anyway, back to my story....as the season wore on, we kept on winning...games, tournaments...
it was unbelievable. 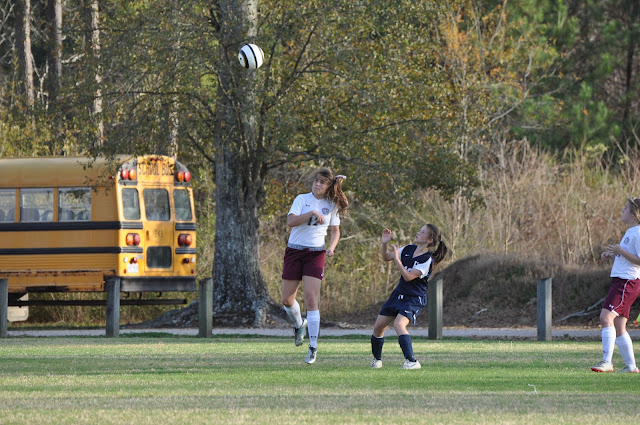 Another move that Sara is good at is "headers"...I often comment that I am glad she has taken her SAT and ACT before soccer season became active!  Not too sure how many brain cells are left after that ball hits her in the head at the speeds that it travels...OUCH! 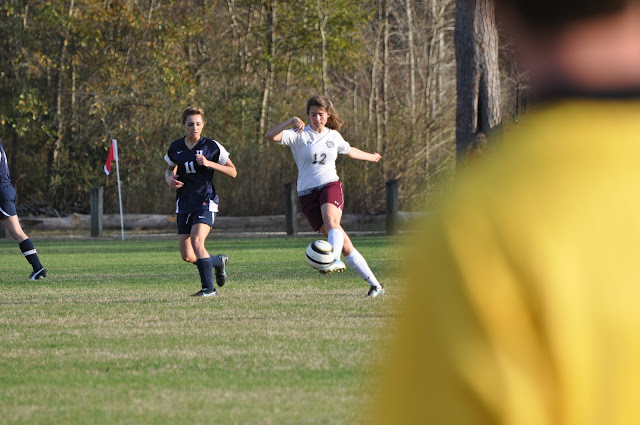 A coach that has the ability to take a team that has previously lost every game and instill the love of the game back into them, the will to win and yearning to congeal as a team is amazing in my book...
He is a true leader! 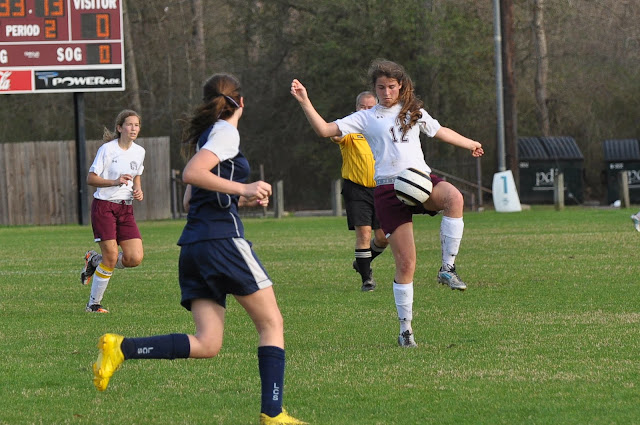 A great book about leaders is "Endurance ~ Shackleton's Incredible Voyage" by Alfred Lansing.
Ernest Shackleton set sail from England in August of 1914,  for Antarctica where he planned to cross on foot the last uncharted continent.  In January, 1915, after battling its way for six weeks through a thousand miles of pack ice and now only a day's sail short of its destinations the Endurance became locked inside and island of ice.  For ten months, the ice moored Endurance drifted northwest before it was finally crushed.  But for Shackleton and his crew of twenty-seven men, the ordeal had barely begun! It would end only after a near- miraculous journey by Shackleton and his crew through over 850 miles of South Atlantic's heaviest seas (in rowboats and frigid waters) reached the the closet outpost of civilization.  Even when they found land, they still had to scale a 10,000 foot glacier, get to the other side and make it to a whaling post to be rescued...the whole ordeal took two years in sub-zero Antarctic weather! Truly amazing, the will of the human spirit, and the leadership that Shackleton had.  All 27 men survived the ordeal! If you haven't read this book ~ you should! It will make all your problems seem trivial! 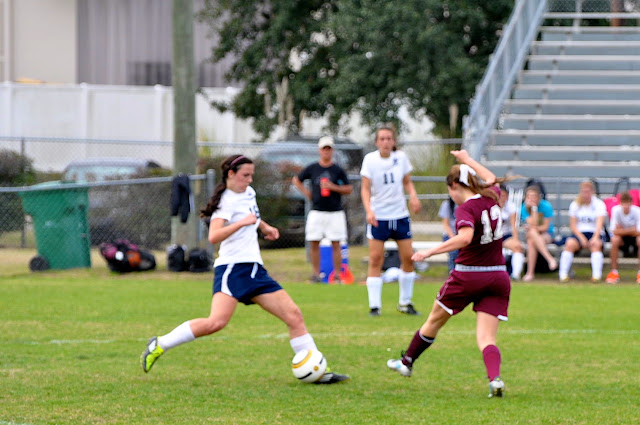 But for Sara, we don't have to experience the frigid, cold weather as we are in the new season of Sprinter.....Soccer is over ~ she just tried out for Drama and is now deep into Drama practice as well as Indoor Track practice!  It never stops! 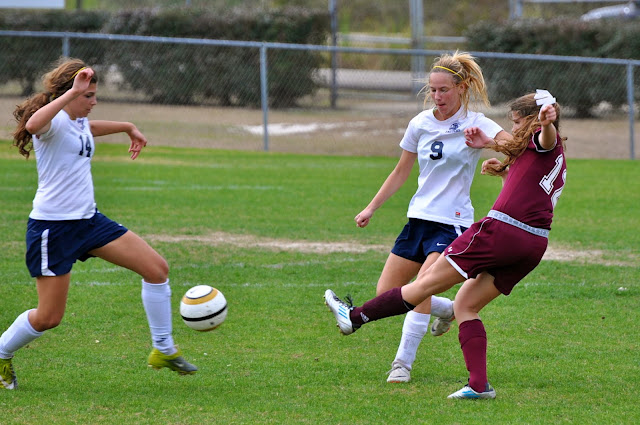 She does have some fun moves! 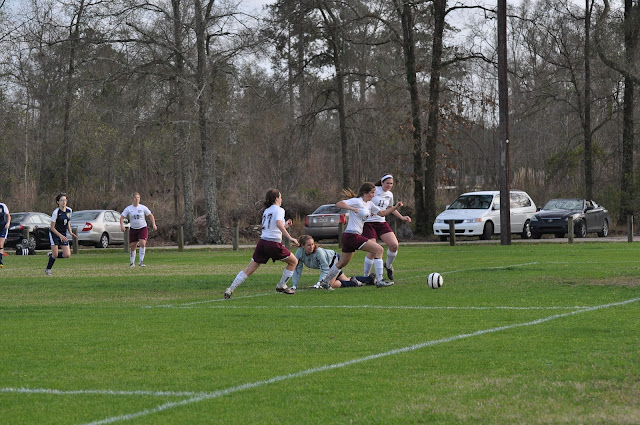 But the best move of all is when she takes it down the field.... 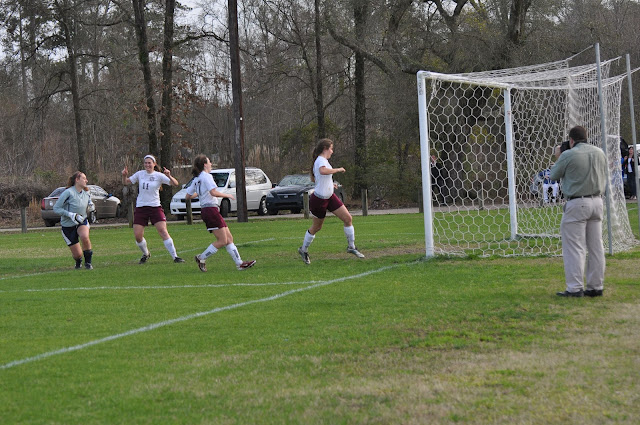 and kicks it in the goal!!!!
SCORE!
Posted by Only in Louisiana ~ documenting the adventures we call Life! at 10:47 AM