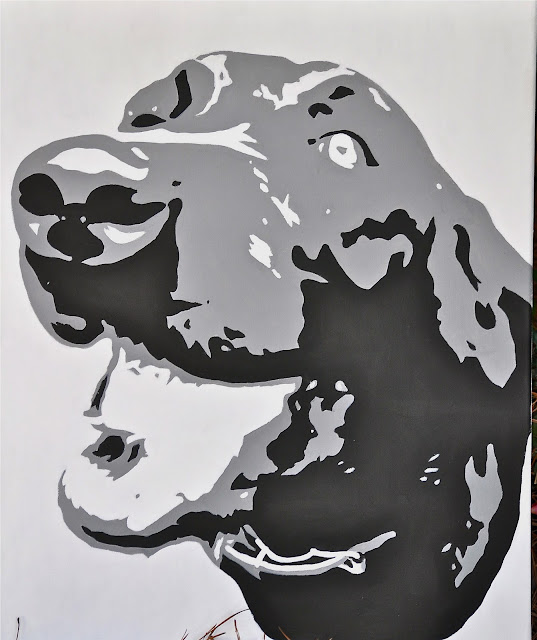 Sara has a new masterpiece featuring none other then....Scout!  I love this painting and have quickly commissioned her to paint our other three dogs.  I don't have the original photo she used as inspiration to paint this as it is in her computer, but I can assure you, it is a dead on,
100% likeness of her trusty sidekick, Scout! Below are some other photos of Scout.... 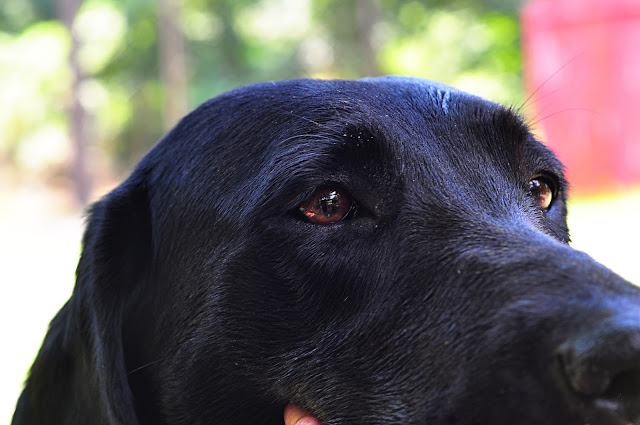 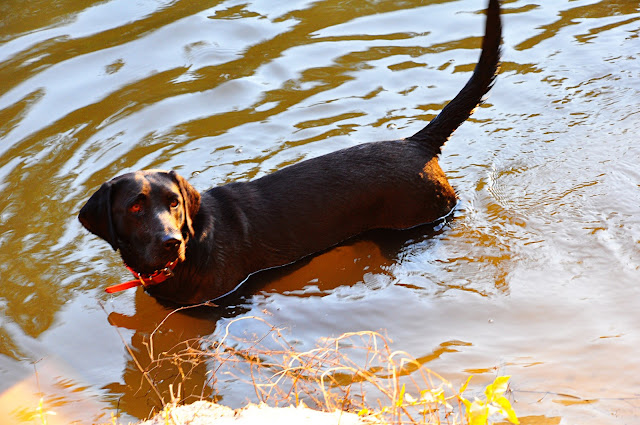 This is Scout's favorite place in the world - ever the "fisherdog", she loves to try and catch the small brim and perch that hang around the banks of our river. 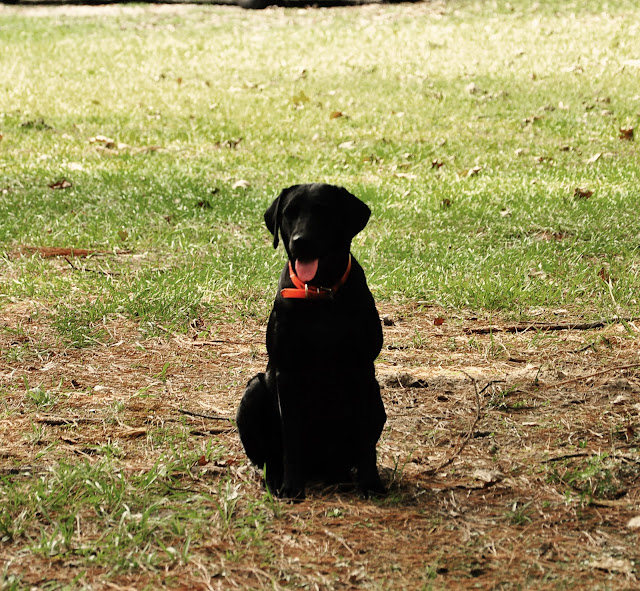 Just another cute photo of Scout!!!! 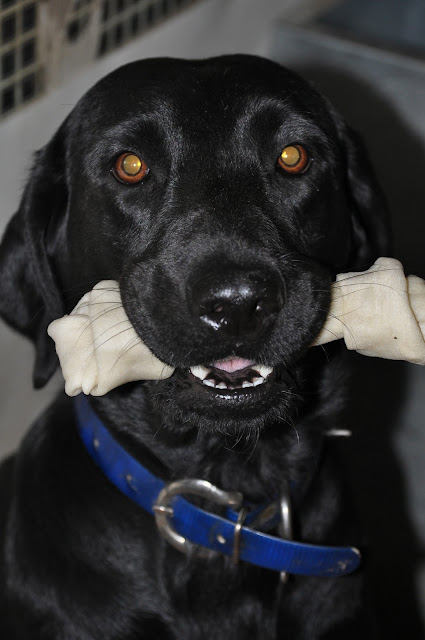 The other day, I bought bones for all the dogs...it has been a while since we got them bones and Scout was obviously excited....so excited that she held her bone just like this for about 45 minutes!  I kid you not...the other dogs were just chewing away and Scout was like a statue, just sitting there - holding her little bone.  I have a feeling she was afraid to move and put it down ~ in fear of another dog taking it from her...none-the-less, it was a comical sight! 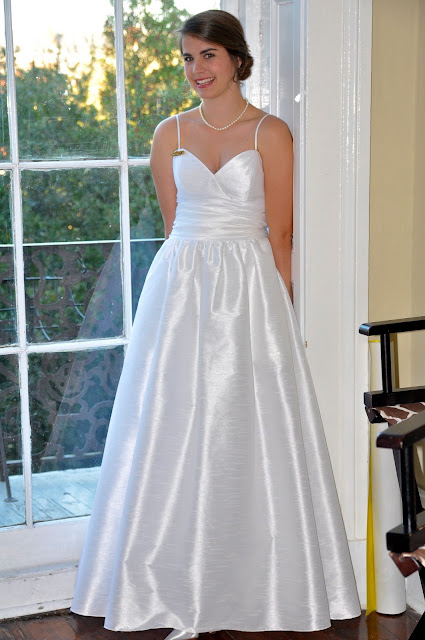 This past weekend brought another ball, and ths time Sara was our girl in the the white gown! 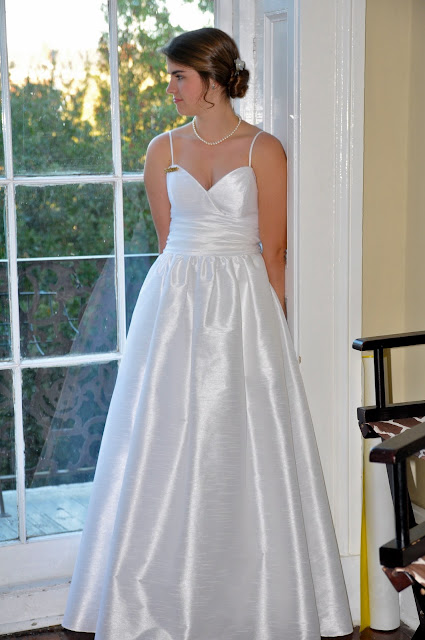 I had her pose for some photos....I don't bring my camera to the ball as it is just too much to lug around ...I have learned to just capture the event with my mind's eye and enjoy the moment!  Gran-E is great about taking photos with her small, pocket camera and usually produces some great ones for me! 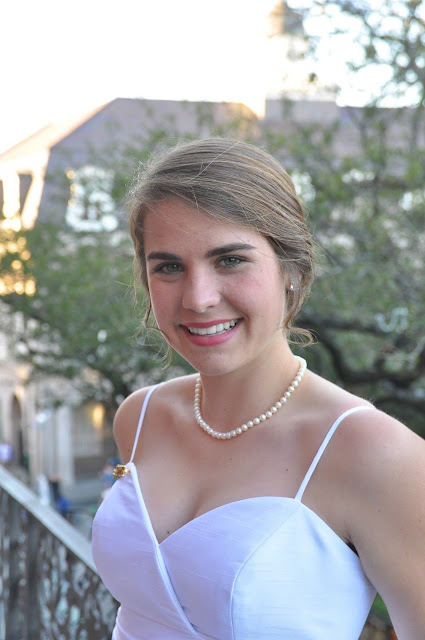 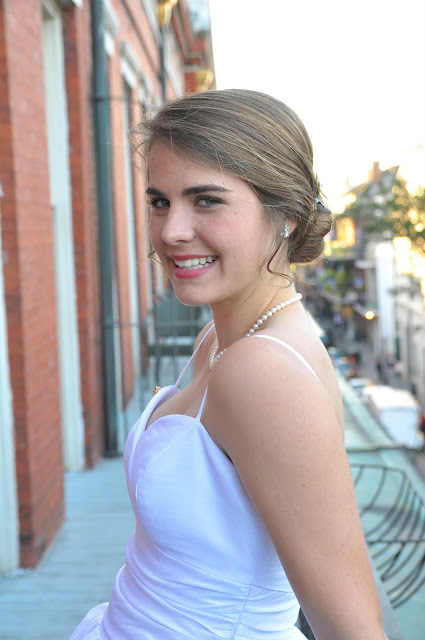 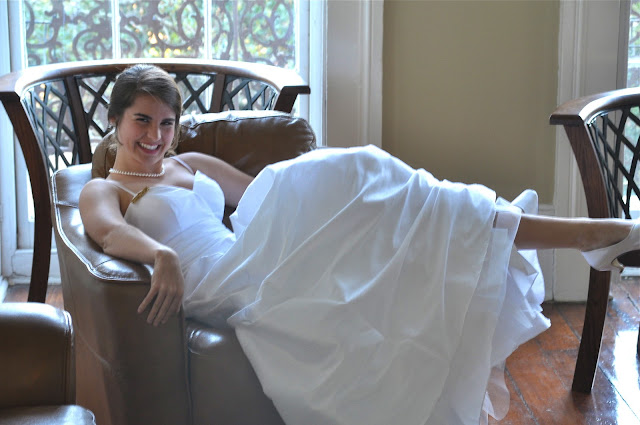 This was my favorite photo from our little "photo session"!  I think it captures Sara's personality perfectly!
Posted by Only in Louisiana ~ documenting the adventures we call Life! at 7:38 AM