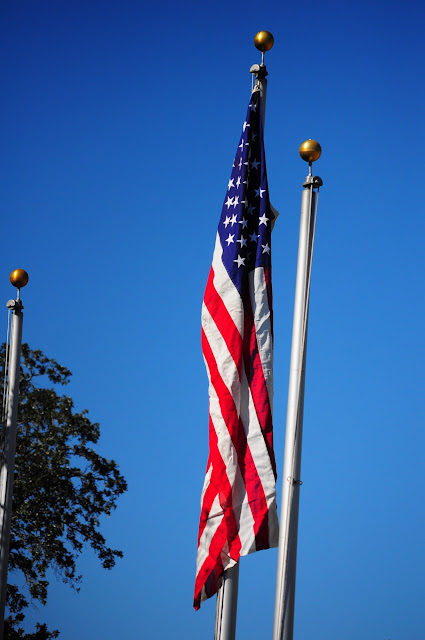 WOW - Until today I really didn't know the history behind Veteran's Day and that 11/11/11/ played so intricately into this historic celebration?  I would still be oblivious had Ellen not been chosen to read the "history of Veteran's Day" at their school assembly this morning.  Not realizing that this was actually a really big deal, and thinking that she was just reading a paragraph to the school during their morning assembly, I didn't bring my camera. 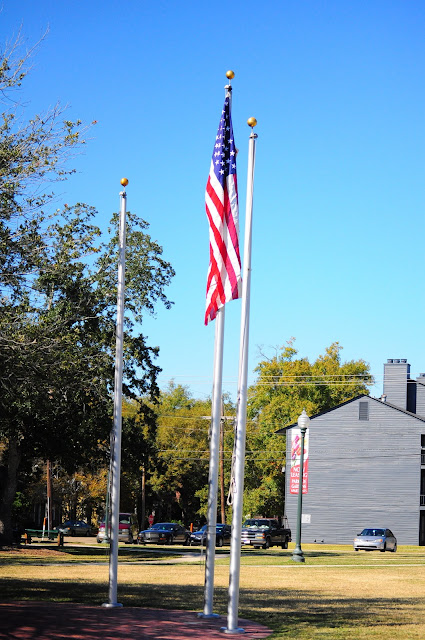 I was pleasantly surprised when we arrived to see the school band set up along with the school choir;   at least twenty veterans to be honored, the young ROTC color guard dressed in their garb,  and a full program prepared for the children.  My little Ellen read the history of Veteran's Day loud and clear and you could hear a pin drop....this is how Veteran's Day came to be.....

Veterans Day traces its origins to World War I, when an armistice was reached between the Allied nations and Germany. It went into effect on the 11th hour of the 11th day of the 11th month of 1918. The following year, Nov. 11 became officially known as Armistice Day, a day set aside to honor those who had died in service to the country.
As part of the annual commemoration, there were parades and such. It also became habit for the country to pause at precisely 11 a.m., briefly ceasing all business in honor of the sacrifices of those World War I heroes. 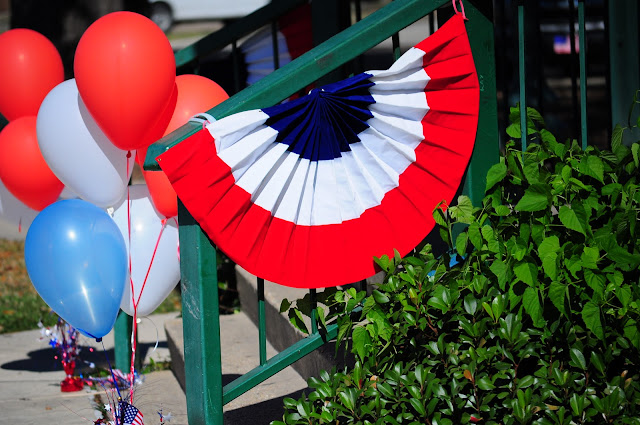 It was kind of a bummer that I didn't have my camera this morning so when I heard some tunes floating across the street from the park, I decided to go check it out ~ this time with camera in hand! 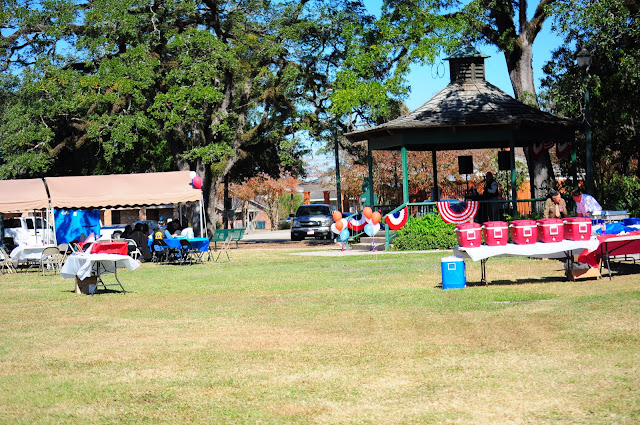 Our cute little park was full of red, white and blue.... 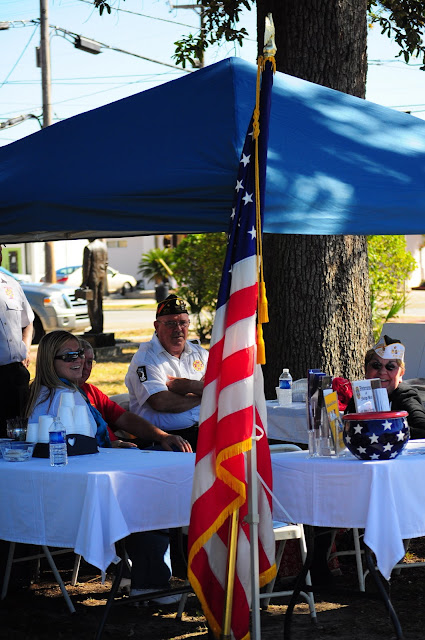 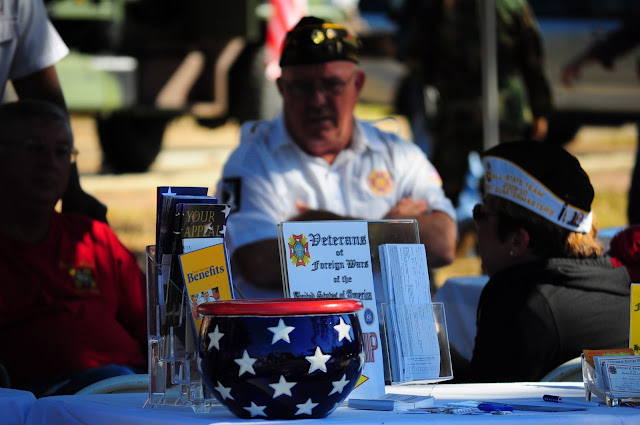 As they said in assembly this morning:  "If you don't stand for our country,
you will stand in another country". 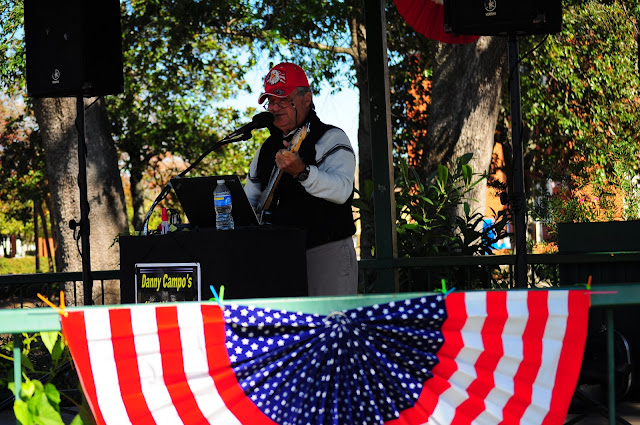 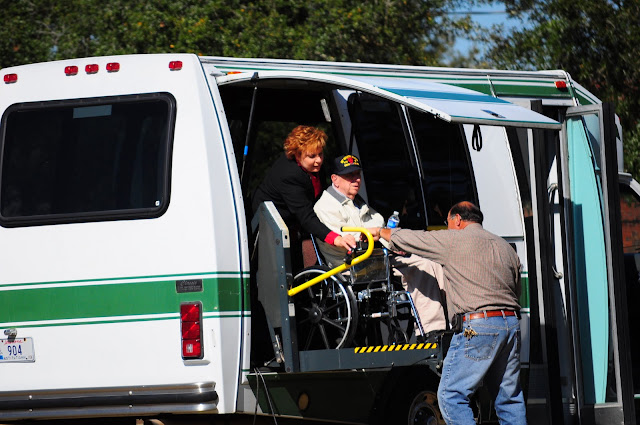 :: Loving hands helped those veterans that can no longer help themselves 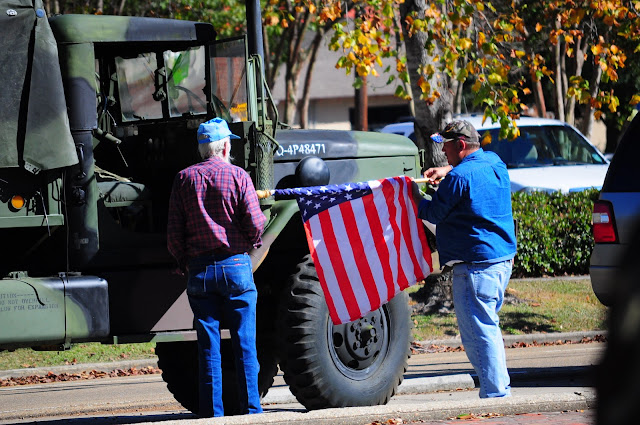 :: Loving hands gently unfurled our flag and then put it away with
such a tenderness and respect. 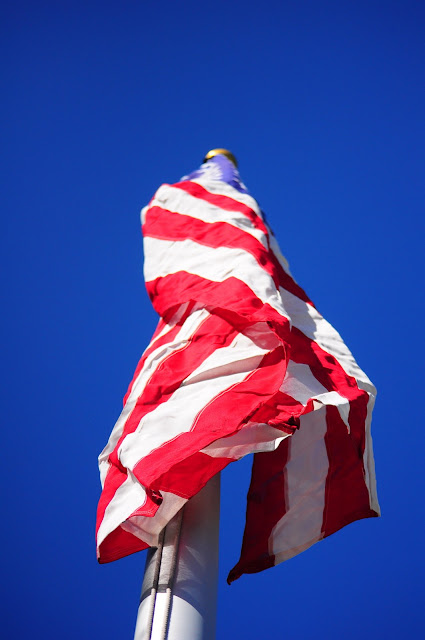 I always thought of Veteran's Day as just an excuse for stores to have a sale!
It means so much more to me now.......
Posted by Only in Louisiana ~ documenting the adventures we call Life! at 2:00 PM