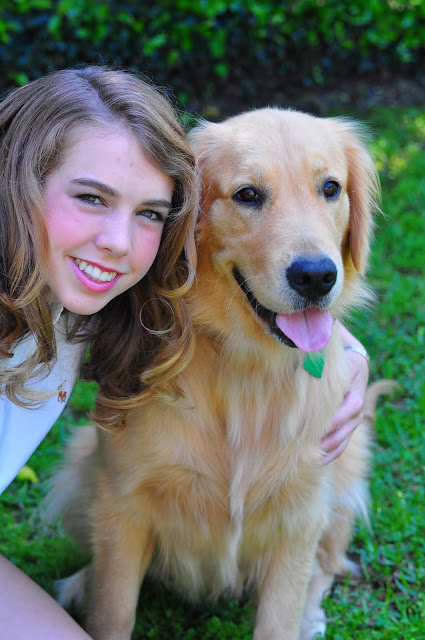 As hard as it is for our family to have Elizabeth gone ~ there is someone else that is also feeling the pain.....her loyal sidekick and faithful companion; someone who doesn't understand that it is the time in Elizabeth's life that she must leave, and won't come home every night.......
It didn't occur to me that it would hit Maisy this hard.  Everytime I would call her, she was nowhere to be found....when I went looking for her, she would always be upstairs,
in her bed, in Elizabeth's empty room. 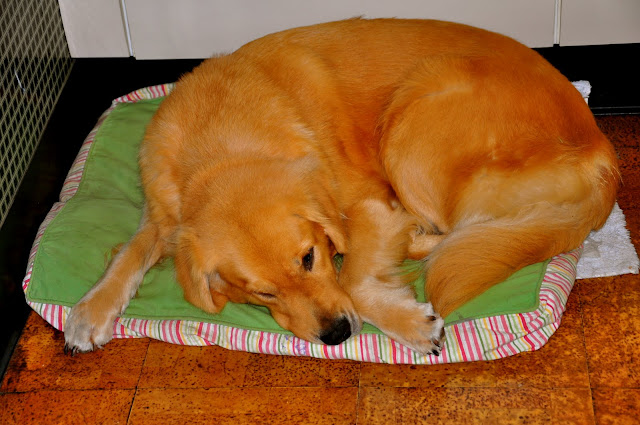 I thought I knew how to solve the problem!  I would take her bed and move it to the kitchen, forcing her to be in the midst of the hustle and bustle,
the center of all the activity ...surely this will get her over the hump. 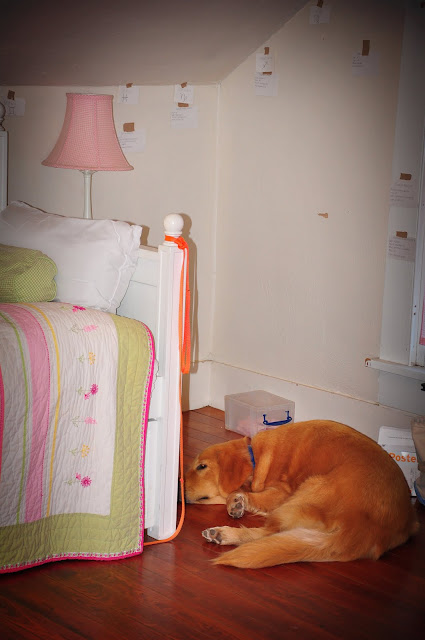 Not so fast...every time I turned around, I would find her upstairs, in her spot, without a bed - on the hard wooden floor.
For anyone that is wondering why in the heck there are card duct taped all over the wall?  Long story short - Elizabeth is writing a book and they are her "notes".  Maybe I can take them down now? 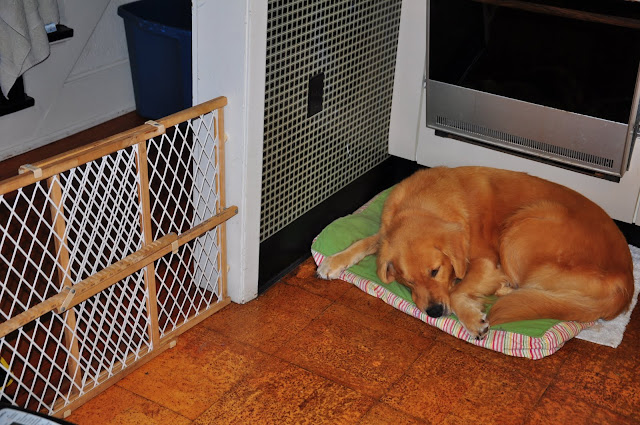 So ~ now, the new plan is that Maisy has to live in a gated community - the kitchen that is...no more slinking off to mourn the loss of her owner and lay in the depths of despair all day.  She and I will keep each other company and cheer each other on as Elizabeth spreads her wings, leaves our nest and creates her own adventures as she flies solo down the path of life! 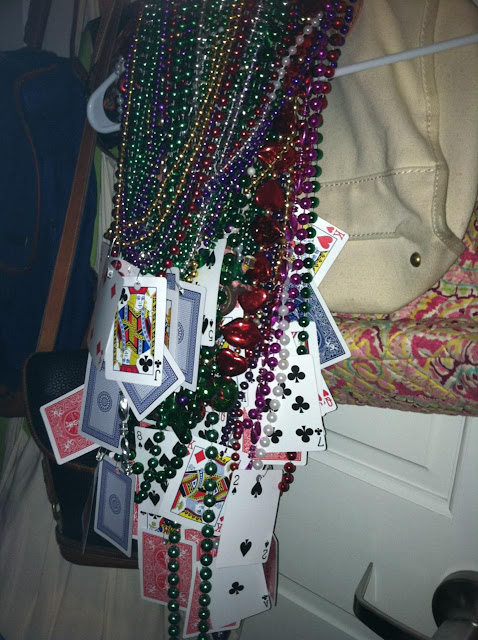 Speaking of Elizabeth, she is wasting no time in taking flight on her new campus......jumping in with both feet, she decided to run for class president.  In typical "Liz" fashion, she texted me and asked that I send "massive amounts of Mardi Gras beads" to her school"!  Of course, I immediately assumed she wants to have Mardi Gras party and am thinking...does she know how expensive it is to mail heavy beads these days??? (and she doesn't need to be having a party for heaven's sake!)  Once I spoke with her and she told me of her intentions to run for class president, a) I was relieved, b) we gathered our excess beads from past parades, as well as those from some neighbors, and got them right up to her. Turns out, the beads were but a small part of her large arsenal of campain tactics...the creative juices were flying and she came up with some pretty ingenious ideas...such as noodles and frisbees in the campus pool with "Vote for Liz" in Marks-a-lot on them, Glow sticks with her campaign slogan written on it (nothing too fancy, just marks-a-lot) handed out to students on a Saturday night,   Ping Pong balls with her name on them given out at the fraternity houses; the list goes on and on!  She even went the extra mile on her campaign fliers, and somehow figured out how to put that little square that a smart phone can read to take it to a face book page......anyways; whether she wins or loses the election ~ it has been a fun race and she has met just about everybody on campus within a week now....I am so proud of her becuase she didn't let the difficult situation she had with her surgery and swollen face when she began her college experience slow her down.
She proved "when the going gets tough - the tough get going"!
Posted by Only in Louisiana ~ documenting the adventures we call Life! at 11:10 AM