Let me introduce my new daily friend in the kitchen! 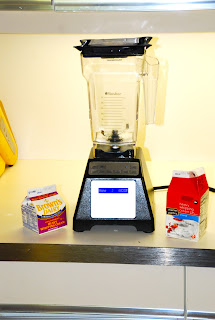 The Blendtec is basically like having a garbage disposal
in a blender.....it can pulverize anything - ANYTHING!
You can put any kind of fruit, peelings and all,
and it grinds it into either juice, smoothies or
even ice cream - yes, ice cream.  You simply add ice,
milk, fruit and honey, press a button and 60 seconds
later you have home made ice cream.  If that blows
your mind, get this.....it also makes soup!  Just
throw in a whole tomato, a carrot, some celery,
a chicken bullion cube, some liquid like water
or wine and fresh herbs. Press the soup button
and again, 60 seconds later, you have hot fresh soup that
is nothing but fresh vegetables!  I could go on and on
about this blender but I need to get to today's project. 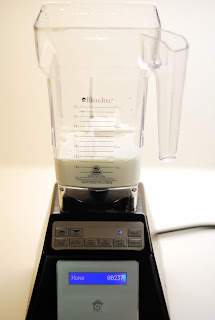 After my great success in the yogurt department,
I decided to venture out to butter.  Like yogurt,
I have tried to make butter in the past with little success.
But with the Blendtec.....my confidence knows no bounds.
So, I opened up some cartons of whipping cream,
added a pinch of salt, pressed
a button and waited for my butter.  Sixty
seconds later, no butter.  Now, Mr. Blendtec
was bowed up and flexing...
"press the button again", Mr. Blendtec said. 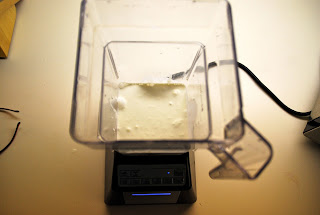 Success did not come to me today....
After pressing the button several times, it became
clear that for the first time in the two months I
have owned my Blendtec, a wonderful creation
was not coming out of it. Not to be discouraged,
I quickly poured my cream into what used to be my
best kitchen buddy - the Kitchen Aid mixer.
Sitting in the corner, dusty and out of shape,
I think my mixer smiled to see that he was still
needed and not totally cast aside for my new BFF. 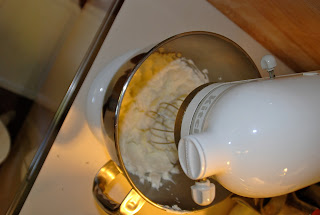 Mr. Kitchen Aid got right to work and within a minute had
done his usual job of whipping cream.  With
a satisfied smirk on his face, he grinned at Mr.
Blendtec.  "Not so fast",  Mr. Blendtec said back to
him...."she wants butter, not whipped cream".  Now
we were into uncharted territory, but always up
for the task, Mr. Kitchen Aid started mixing again. 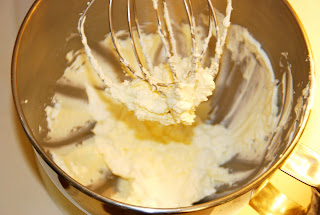 The cream got firmer and started lumping together 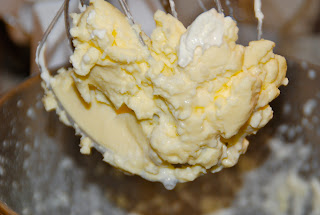 Wow, it was actually starting to look like butter!
"I think I can, I think I can" was just barely audible
over Mr. Kitchen Aid's steady hum.  And the little engine that could ~
DID! (make butter) 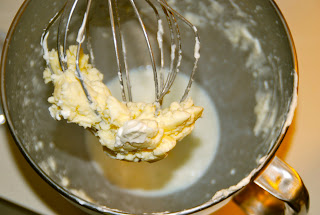 But wait there is more....making butter is a two for one
special!  What do you get when you make butter ~
BUTTERMILK
(of course)
This is no joke....buttermilk is the by-product of making
butter.  All these years, I never knew what buttermilk
was.  Now that I think of it, the name is self explanatory;
but I didn't know that is how it is made. 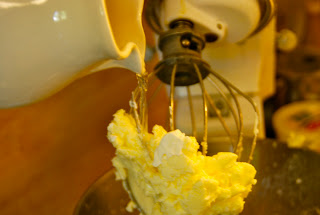 And if you like buttermilk, you get a bit more of
it by rinsing your new homemade butter with
cold water and saving the runoff water to add to
the original buttermilk ~ who knew! 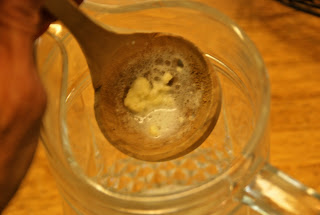 Drain the runoff to get the small bits of butter out. 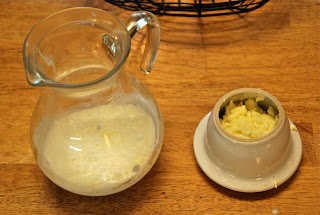 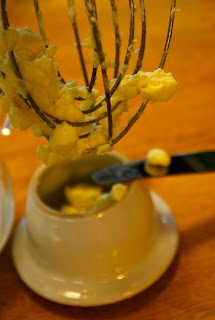 I took the butter and filled the "butter crock" that my
mother gave me years ago and
now have to think of a yummy recipe to make
with my homemade buttermilk.
"Buttermilk pancakes",  Mr. Blendtec excitedly yelled.
"Remember, I made them the other day and they
were delicious?  And don't forget the banana and chocolate
chip muffins we made, that recipe calls for buttermilk too. The
cross country team went crazy over those muffins!"
Mr. Blendtec was looking so shiny!
A quite little voice coming from the direction
of Mr. Kitchen Aid said; "Make new friends, but keep
the old, one is silver and the other is gold!"

Posted by Only in Louisiana ~ documenting the adventures we call Life! at 2:30 PM