Beauty and the Beast (and the milkmaid) 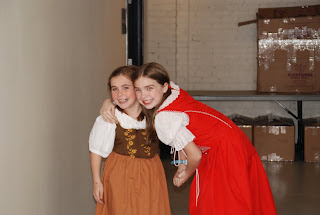 The annual school play was this weekend and as usual, it was incredible!  It was a the broadway version of Beauty and the Beast and had lots of musical numbers in it. This was Ellen's first year to be able to perform as you are allowed to try out in fifth grade.  The tryouts were in September and Ellen was selected to be a milkmaid and had an outstanding solo consisting of one word  - "Bonjour"!  They practiced three days a week for the next five months, but she loved it and never complained.
However, there was a bit of a battle over protecting her one line.....one of the other little girls beside her started to sing with her when Ellen had her "solo" of Bonjour so it became a duet.  Not to be upstaged, Ellen nicely asked the girl why she was singing her line and the girl replied "I want to sing a line too"  so Ellen was a little perturbed but decided that was all she could do and wasn't going to cause a problem over it.  Her friends thought differently and reclaimed Ellen's turf by telling the girl that she just could not do that!  So, Ellen's little voice rang out loud and clear (and by herself) for the play!  Oh, the problems of a fifth grader! 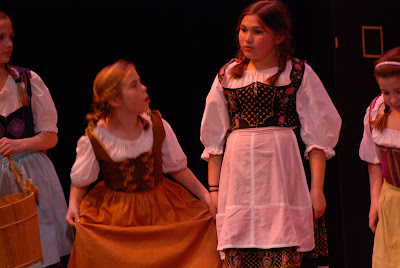 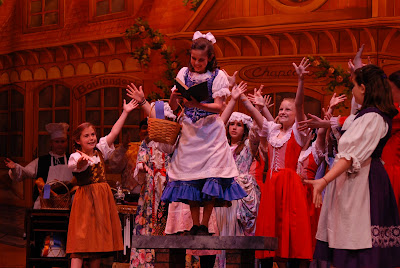 This is my personal favorite scene of the play!!!!! Just where does she get that beer drinking skill from? 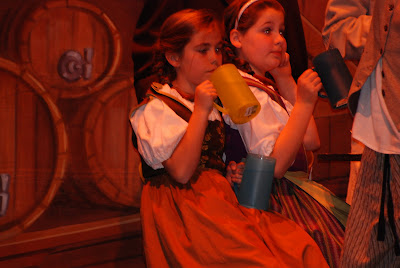 Posted by Only in Louisiana ~ documenting the adventures we call Life! at 2:18 PM 1 comment: 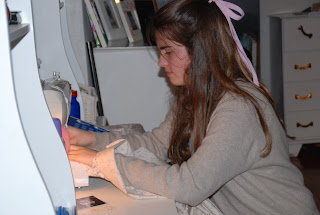 While the rest of the nation is buried in record breaking snow falls....the Gambel house is experincing blizzards of flying threads, mountains of material scraps, and the thunderous noise of a whirring sewing machine!  It is the mother of all sew storms and new creations are appearing daily....sew far we have about six new skirts, several new dresses and lots more in the works.  The sewing machine is a permanant fixture on Sara's desk.  They are all cute but her blue jean dress is my personal favorite.  Move over Ralph Lauren.... 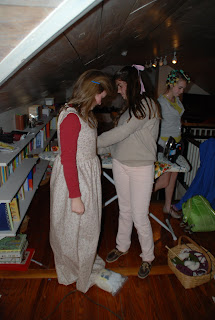 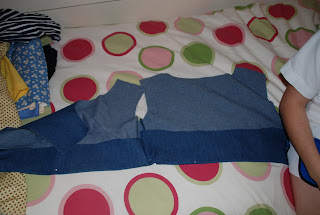 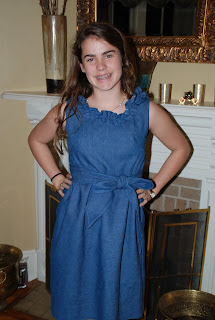 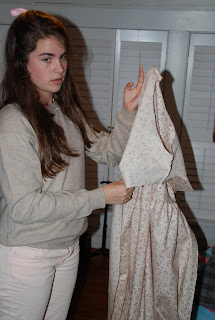 Just when we thought it was over......Ellen and her friends made nightgowns! 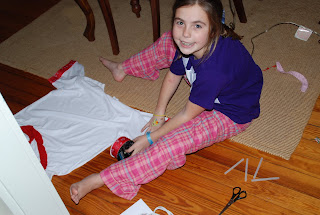 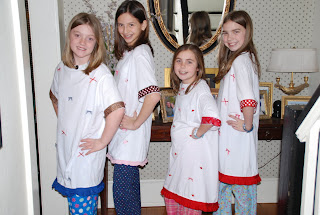 Posted by Only in Louisiana ~ documenting the adventures we call Life! at 6:45 PM 1 comment: 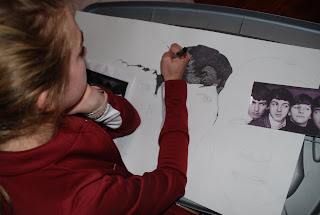 Elizabeth was chosen to represent her school at the literary rally for art.....her project - a two by three foot blank piece of paper that she was to cover with dots and recreate a photograph of the Beatles.  You use only a fine point black Sharpie and make thousands, make that millions....I mean billions of dots!  She has worked endless hours for the last month and here is the masterpiece! 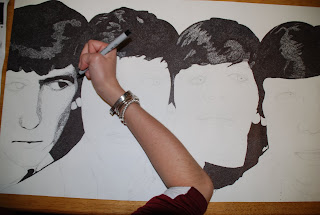 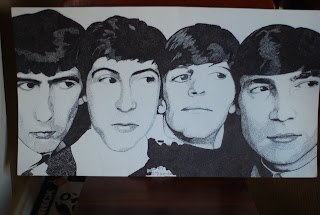 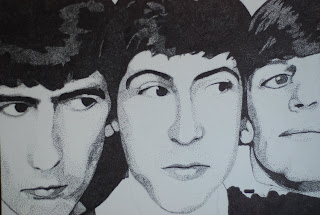 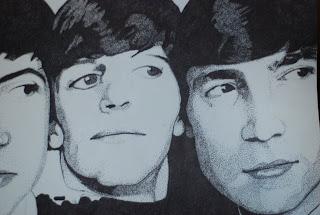 Posted by Only in Louisiana ~ documenting the adventures we call Life! at 5:55 PM 4 comments: