Our Mascara runs faster than yours! 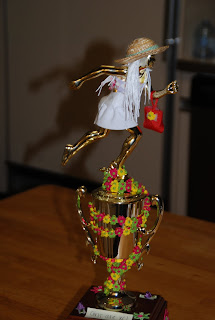 Sara had a burst of creativity and it fell upon the trophy won by our Cross Country team for district.......if you are not a cross country runner, you won't know that the abbreviation for Cross Country is XC and in another burst of creativity, one of the team members came up with the slogan....Cross Country girls are XC.....which is what the bottom of the trophy labeled (see next pic).  I thought the whole thing was quite clever and is a good lead in to the recent state championship saga.  It has been a long haul for Elizabeth and all her "illnesses" but despite the setbacks, she surprised everyone including her doctor and practically killed herself to be able to run in state.  With only the last three weeks to start getting back in shape she placed 19th in state and their team which has won state for the last two years, tied for first.  St. Thomas and Episcopal both scored 75 points but because the sixth runner for Episopal (which normally is not scored) came in ahead of our sixth runner, they were declared state champs and we are runner up this year.  No third state ring for Liz and Sara was hoping for a first.  The top seven runners on a team are able to run in state and Elizabeth was our fourth runner this year!  We are so proud of her as it was a monumental feat to be able to run at all.  She is running with 50%  of  her lung capacity.  Sara battled shin splints all year and ran well but was an alternate this year for state......she will be there next year!  Anyway, it was a fun two days in Natchitochs, LA, hanging out with the team, their parents, our girls and we are sooooo proud of them! 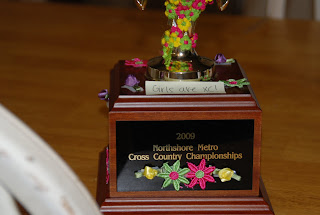 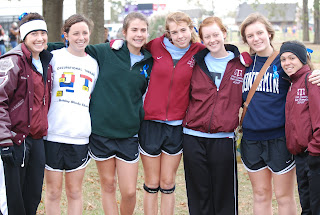 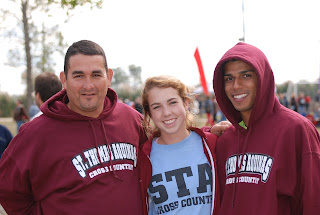 Elizabeth and her coaches

Prayer  before the race 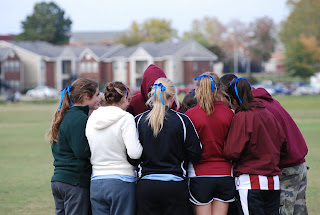 Let's go win a race and boy do we look XC with our breathe right nose strips on!  Complements of Coach Rosendo 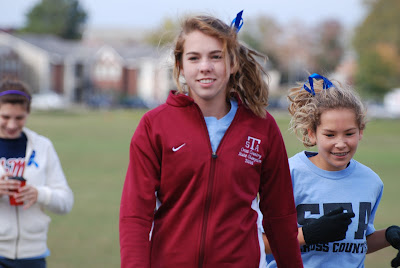 Good luck hugs....the little dark headed girl on the right bottom corner of the pic is Malia Cali and she has won the Heisman trophy for Louisiana and is now in the top six finalist for the nation.  They are flying her to New York and will announce the winner in several weeks.  There were 56,000 applicants and she is in the top six!  Awesome girl not only in sports but in every catagory of  life! 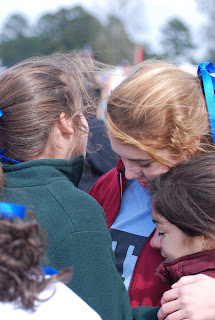 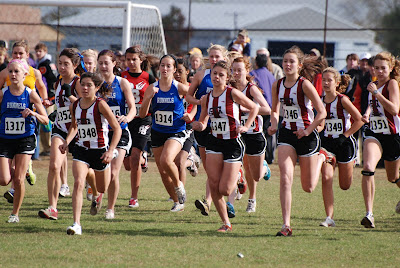 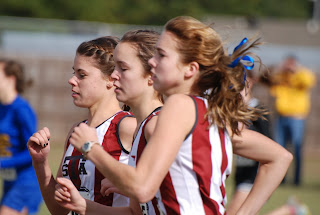 This is my favorite photo out of all the pics I took!  The other two girls are Carmen and Jordyn; both Juniors with Elizabeth.....both great runners.  Carmen placed second in state, behind Malia (who was first and cinched her four year streak of being first in state four years in a row); Jordyn came in 7th and Elizabeth was 19th.....ironic that they are in that order in the pic!  You can see the concentration on their faces!

Elizabeth was at the end of the race here and the end of her rope!  At this point her lungs are killing her but she found a bit of strength to kick it in.  It is so painful to watch her and when I look at these pictures, I am sooo glad this season is over! 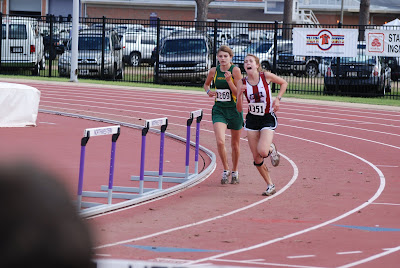 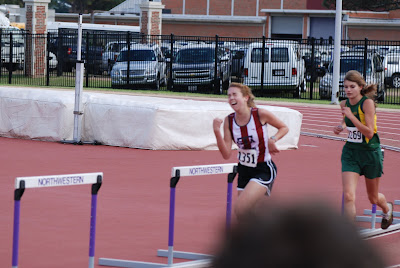 Posted by Only in Louisiana ~ documenting the adventures we call Life! at 11:32 AM